Robert Pattinson Jokes About What It’s Like To Be “Homeless” 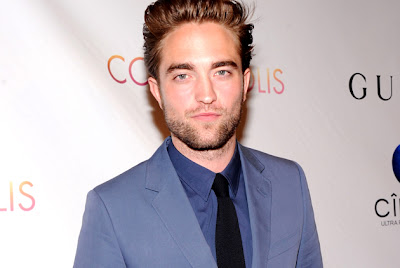 Robert Pattinson is a bit of a Craigslist fanatic. In fact, the “Cosmopolis” star revealed to Jimmy Kimmel that he’s currently selling a 2001 Silverado he bought on the site three months ago. “I buy everything off Craigslist,” he said on Kimmel’s show on Wednesday night. “My friends; that’s what I was initially looking on it for. I mean every single car I bought [was off Craigslist].”
He also joked that he is still “homeless” since his last visit to the show, when he disclosed he had no permanent roof over his head in the City of Angels. “I rented this archway and I just live behind it. In one of those trash cans,” he laughed.
While he scours the Internet for bargains and archways to live near, he shared that he accidentally used to ride his bike to an “infamous dogging spot” in L.A.”It’s like cruising,” he explained after sharing, “I used to turn up at this parking lot looking at everyone like, ‘Why are all these guys sitting around in their cars all the time?’ And I’m going there every day kinda thinking nothing of it, coming out in my little Lycra pants, and one day there was a big raid as I was there.”
Soon the conversation turned to his latest flick, “Cosmopolis,” which features him showing off a much edgier side as a young billionaire who finds his life in shambles. “I mean there’s a couple sex scenes,” he said about the David Cronenberg-directed film, later opening up the scene of him getting a prostate exam in his limo. “Someone was telling me about this vein that comes out of my forehead that only ever happens when very good things happen or very, very bad things.”
“Cosmopolis” is currently in theaters. His next film, “Breaking Dawn – Part 2,” opens in November.
Posted by jamrud at 8:50 AM